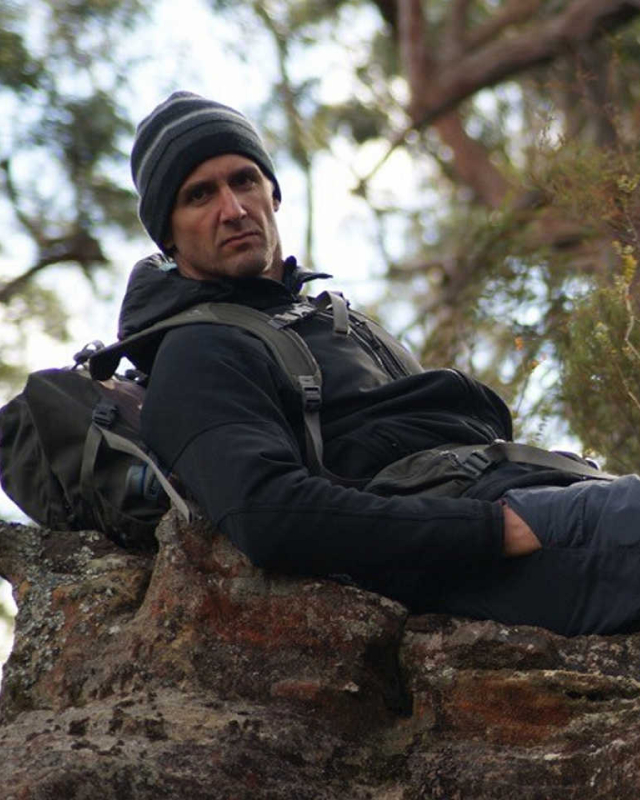 I moved to the Southern Highlands in 2004 and lived in Robertson so that I could be close to the Morton National Park.

Days off were spent scouring maps and exploring the bush with friends, trying to find secret waterfalls and features. Many of our trips led us down into Kangaroo Valley and beyond into Budgong and the Shoalhaven. Week after week we conducted multi-activity programs in the Valley for school students and I always wondered why there didn’t seem to be much on offer for the general public.

After spending time in the Blue Mountains and getting to know some of the providers up there I began to formulate an idea for a multi-activity adventure company in the Valley. We’ve been offering guided paddling and bushwalking experiences through Paddle & Portage Canoes since 2016 but now it’s time to take the next step and expand our offering under this new brand.

I’ve had a love for the outdoors for as long as I can remember and this started with the multitude of experiences that I had with my family. Growing up in the 4-season paradise that is Upstate New York meant that there was always something enjoyable to do outside. At University I obtained a Bachelors degree in Environmental Science and that path began with a curiosity about the natural environment and became dominated by a love of excursions into the field.

When I realised that I wasn’t as keen on the indoor lab work that followed the field excursions I started to look into other careers in the outdoors. My first employment in the outdoors was leading volunteers on 30-day trips performing conservation work in National Parks in the US and then leading Outdoor Education trips after the work was finished.

A few years into my career I moved to Australia and worked for one of the country’s largest Outdoor Education providers: The Outdoor Education Group. During that time I worked as a Client Manager, Program Coordinator, Rosterer, Staff Trainer, Group Leader, and as Head of The Teaching Team.

Following that I worked for a number of companies performing a variety of different roles including: Leading conservation trips in remote parts of the country, Guiding international university students on orientation trips all over Eastern Australia, Guiding international school students on Australian excursions, Leading month-long overseas trips with Australian school students, Guiding Eco-adventures here in Australia, and Teaching Outdoor Leadership at TAFENSW.  Since 2007 I’ve been the Lead Teacher of Canoeing at TAFENSW, Lithgow, and in 2011 started my own company: Paddle & Portage Canoes.

Thank you Valley Outdoors for allowing us the opportunity to canoe, exploring such a stunning place. It was amazing and such a hidden gem! The staff were fantastic, and I admired their paddling skills! I hope I can master it one day! I’d love to come back again and explore more, especially stay overnight at one of the camping spots.

What a wonderful time we had, thankyou so much for pulling this off for us last minute. The staff were great, very entertaining and helpful to our terrible paddle styles. We had a Blast!

I have just completed a day of one-on-one canoe instruction with Valley Outdoors and I cannot even begin to describe how valuable the skills that I learned are!  I learnt things that I didn’t even know were possible and I feel so much more confident and capable in my skills now.  The day was aimed at me becoming independent and confident so that I can go on my own trips and I certainly feel like that was achieved.  If you’re thinking about getting some instruction from these guys, just do it!  You won’t regret it.

We hadn't done anything like the Canoes, Cool Climate Wines, and Canapes Experience before, but I cannot imagine anyone doing a better job of preparing and provisioning this type of activity. Everything important for the enjoyment and comfort of the group we were part of (12 adults and one youngster between three pairs of canoes) was taken into account, and the guides, Travis and Dan, were excellent. Our fellow paddlers, who we hadn't met before, were a very nice couple, and we all got on very well. It was certainly not difficult, paddling ourselves: we were blessed with a glorious day and had the breeze behind us on the forward journey. Although this meant we were paddling into the breeze on the way back, it was refreshing, and very welcome. Our guides pointed out various interesting geographical and historical sites along the way and looked after us all extremely well. I wouldn't hesitate to recommend this outing, it was fabulous!

I have always enjoyed the opportunity to see a country for what it really is and there is no better way to do this than with a guided experience. You get the inside track and expert advice and knowledge. Recently I joined the team for a bush walk along the path to area around Belmore Falls. It was spectacular. The path is not well trodden, in fact it is mildly challenging, with not one other person in sight. Gorgeous Australian flora and fauna as well as three waterfalls and a myriad of wildlife. As a tourist in my own state I found it very exciting to know that I had done something few others have and our guide and host were both fantastic. For the Highlands this experience is a must.

For this American family, the Wilderness Walk was a highlight of our Australian experience! My husband and I, along with our daughter and two grandchildren (14 and 10), greatly appreciated Amanda’s total commitment to excellent customer service from beginning to end, and the extraordinary expertise of our bush walk guide was second to none. The sights and sounds of the bush, the flora and fauna, the waterfalls ... all spectacular!  This is an experience not to be missed for anyone hoping to get off the beaten path and experience a bit of wild Australia!

Aligned with and supporting

We respectfully acknowledge the Wodi Wodi within the Tharawal language constellations as the traditional custodians of the Kangaroo Valley area and acknowledge their elders past, present, and emerging.

We are grateful to be living on a traditional camping site where the first nations spirits are with us all the time. We ask for their blessings of safety and good feelings. We embody our connection to the country on which we are fortunate to call our home.